Aurora, Nebraska is part of the greater Grand Island region, which was recently upgraded to a metropolitan statistical area (MSA) due to growth in the entire region over the last 10 years.   Being located just 20 minutes from this metro area, gives businesses and industries located in Aurora, the benefit of access to a larger labor market, without having to pay for the added construction and tax costs associated with locating in metro city limits.

The Grand Island metropolitan area consists of four counties in Nebraska, which include Hall, Hamilton, Howard, and Merrick.  This area has a collective population of 84,877 people, which accounts for a 24.2% population increase over the last 20 years.

The MSA’s population growth goes together with strong growth in the business sector.   In 2017, the region’s economy (measured by gross domestic product) grew by 2.2% and is projected to grow over the next five years at a rate higher than the national average.  This region weathered the 2008 recession better than many communities across the nation, due to a strong agricultural base.  Hamilton County has weathered the 2020 pandemic better than most of the nation, due to less reliance on the retail and tourism sectors. 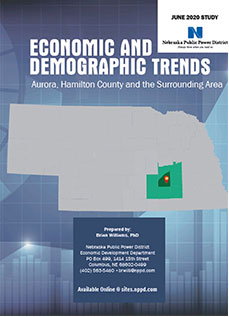 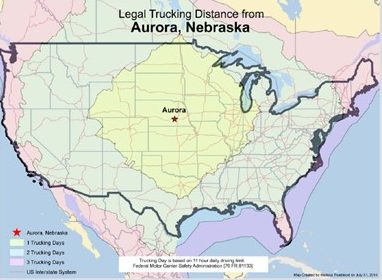